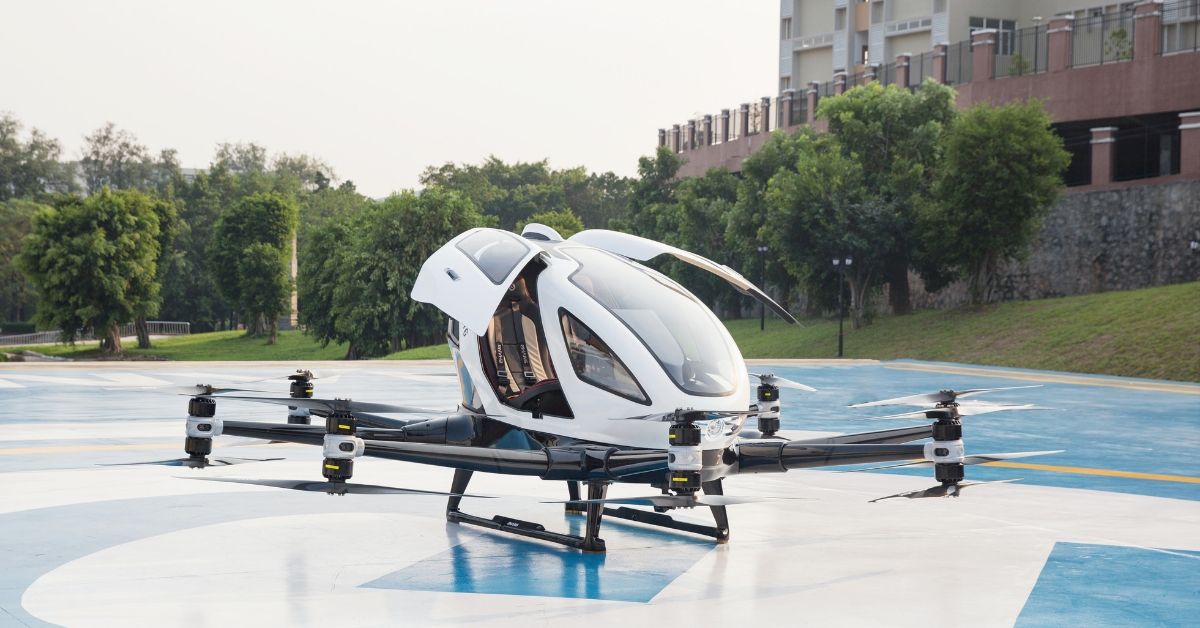 Flying to work could become a reality in the next years, thanks to autonomous aerial vehicles (AAVs) or air taxis that help relieve traffic congestion in cities by using airspace as a “third dimension” for transport in urban areas.

AAVs are environmentally friendly: they are electric-driven using high-performance batteries with short charging times. EHang, the Chinese technology company specializing in air mobility that built the world’s first electric AAV, offers one-seat and two-seat models. Weighing between 300 and 360 kg, these can take maximum payloads between 440 and 620 kg, and reach speeds of up to 130 km/h.

AAVs need minimal space for take-off and landing. Besides transporting people or goods, these auto-pilot vehicles can be used to fly emergency goods or to perform high-risk operations in the event of environmental catastrophes. Paired with fast computers and big data, they promise a smart and viable solution for low-airspace, short-distance urban mobility within and between cities.

EHang entered into a strategic partnership at the end of 2018 with the leading Austrian aerospace group FACC, under which the AAVs will be optimized and made ready for serial production. A total of 300 aerial vehicles will be produced until the end of 2020 at FACC. DSV Panalpina has been tasked with transporting the first prototypes by air freight, including customs brokerage and last-mile delivery.

The business relations of former Panalpina with FACC go back to 15+ years. The first AAV prototype was transported in October 2018 and the freight forwarder’s teams have been helping to move them from Hong Kong airport to Linz, Austria.

The outlook for air mobility is promising. As the population of the world’s cities keeps growing, it is projected that 5.2 billion people will live in urban regions by 2050, about one billion more than today. The proportion of urban dwellers will then be 68 percent of the world’s population, meaning that people will be affected by space constraints and traffic congestion on the roads each day.

Taking to the air and flying to work could be the next smart and sustainable solution for urban mobility. Demand for aerial vehicles is expected to soar to EUR 32 billion over the next decade, according to the Aerospace & Defense Radar report by consultancy firm Roland Berger.